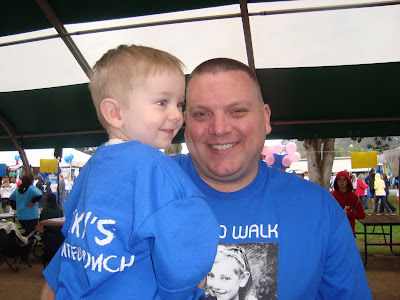 Just over six months ago, I wouldn't have given much thought to the JDRF walk. I might have donated a few bucks because I knew it was a good cause but the day would have come and gone and I wouldn't have given it a second thought. My world however was rocked in March of 2010 by this thing called Juvenile Diabetes and it nearly stole my daughter away from me. I jumped right on the bandwagon to any effort to try to find a cure and registered as a team captain in May. I didn't care if no one walked with me, I HAD to do this! As the months went along, people donated and joined the team to walk with us. I wasn't sure what I was doing but just kept trudging through with any direction I could find. I had never been to this type of event so I had no idea what to expect.

The JDRF walk in the Portland area was held on Oct 3 at Oaks Amusement Park. The theme was "to a Cure and Beyond". We showed up bright an early with the other team captains at 8:00 AM and IHOP served breakfast at 9:00. (I'm not one to usually complain about stuff but there were no carb counts on anything and they served us a carb filled breakfast of pancakes with syrup-I didn't see a sugar free option, I'm thinking they could have done a better job of being D friendly) The day was amazing though! We did get little rain, in true NW fashion =). Mostly it was misty. (Here in the NW we have at least 100 words for rain that correlate to the type of rain we are having at the moment. Many would say it was just spitting on this particular morning.) We had 23 walkers on our team and the count is still out but so far have raised over $2,500! Radio Disney provided the entertainment and after the walk was a BBQ followed by all walkers getting to ride the rides at the park. We had a blast! 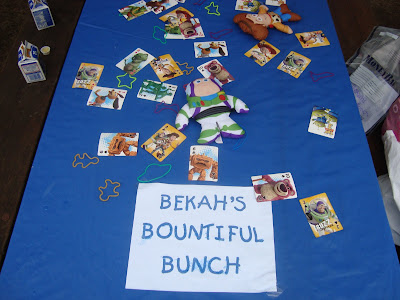 My sisters were amazing when Bekah was dx. It was some of the scariest days of my life and they were the ones I found by my side supporting me however they could and again for our JDRF walk they were there again supporting my daughter and I. We also had some dear friends drive down from the Seattle area to be with us as well. With the exception of our immediate family and my mother-in-law, Jason's half sister and step-dad, everyone drove at least two hours to walk with us! Now that is love! I felt a lot of love and support and hope that our efforts will grow next year.

Here is the best thing I got to a group photo (I forgot to take one myself and also couldn't find the place they were taking the official group photos) Getting ready to step out into the crowd. 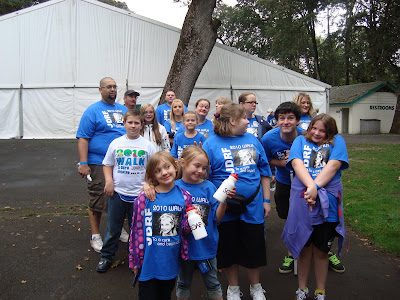 As we walked we cheered "Y-E-L-L everybody YELL for BEKAH'S BOUNTIFUL BUNCH!!!" We also did a jodie (marching cadence) that my husband made up on the spot "I don't know but I've been told that all these kids have hearts of gold; we are here to find a cure and get rid of any lasting fear; we are here today to beat the clock, that is why we are on this three mile walk; sound off 1,2 sound off 3,4 sound off 1,2...3,4" We had a ton of spirit and others along the walk joined in. 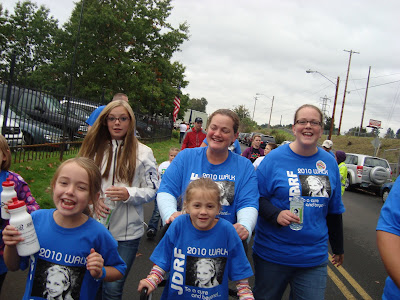 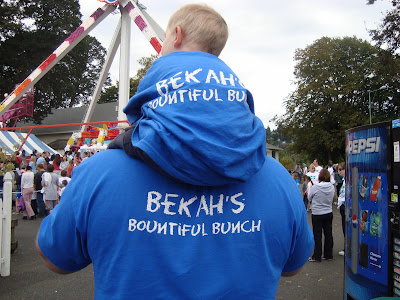 After we had our fill of rides we went back to my parent's house(they had another obligation so they couldn't walk with us ) for my dad's yummy BBQed ribs. As David says "Dampa ibs" 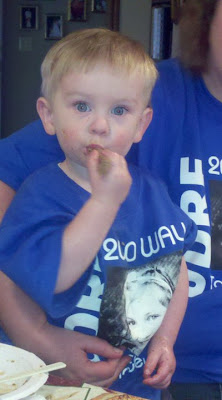 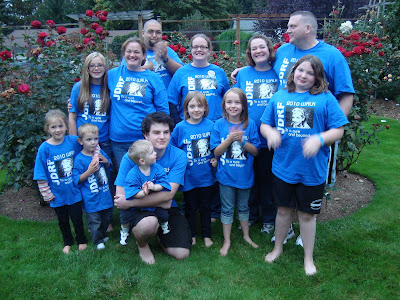 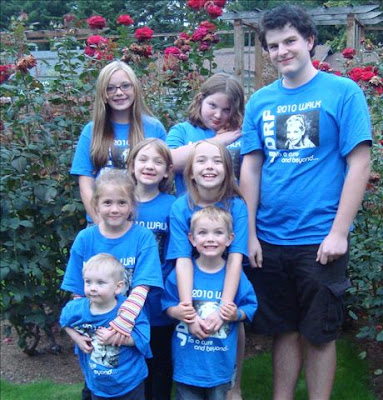 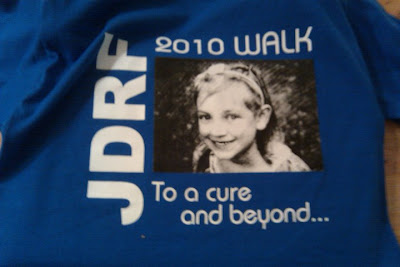